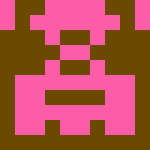 Analysis from a Michigan University study finds that the benefits of vapor products outweigh the health risk of exposing youth to vapor products. This study will hopefully temper media hysteria which has trumped up fears that kids in high school are a primary market for vapor companies.

It’s certainly not good that underaged teens have shown an uptick in vapor use, though retailers nationwide including the team here at Thevaperdeals.com are continuing a concerted effort to keep vapor products out of the hands of kids, it’s also important to show an objective view that weighs the pros and cons of vapor use. Let’s dive a bit deeper into that…

Study researchers Kenneth Warner and David Mendez of Michigan’s School of Public Health made extensive use of simulations, they conclude vapor products could save nearly 3.3 million lives by 2070. The simulation first takes into account the role of vapor products as a cessation tool for current smokers and then accounts for additional nicotine use by young people.

“I don’t think this paper resolves the argument once and for all. But we have to go with the best evidence available,” said Warner. “I believe the case is strong; the benefits outweigh the risks.”

Warner continues, arguing that in addition to sensible regulations on vapor products. Educating the next generation about the dangers of smoking combustible cigarettes. That includes the risks still associated with vapor is imperative to the population’s overall health. He notes that vapor is in its relative infancy, making it harder to draw hard conclusions. That is compared to years spent studying the risks associated with combustible cigarettes.

“We are fortunate to know the risks of cigarette smoking, based on decades of epidemiological research.” Warner continued. “It could take years before we know the full health impact of vaping if indeed we ever will.”

As evidence piles up, the risks of smoking have been made clearer than ever. With all signs pointing to the presence and widespread use of combustible cigarettes. This is as a clear-and-present danger that affects millions of Americans every year, according to Warner.

“Meanwhile, we have a crisis on our hands. Five hundred thousand people are dying each year as a result of smoking. One out of six Americans remains as smokers.”

A detail that separates this study from others is the realistic attitude towards the use of vapor products going forward. Using simulations that take into account different trajectories of usage through the year 2070. These research studies look at the ways in which millions of lives can be saved by shifting over to vapor products.

At the heart of their study, researchers recognize the importance of education as a factor in combating the negative effects of cigarettes. While also taking into account that there are still negatives associated with vapor. This means education for every generation, of course. The underaged generation who should not be using vapor products, but also education for older generations that stand most to benefit from a harm reduction approach.

The Vape Flavor Ban Is About Tax Revenue Not Health Concerns