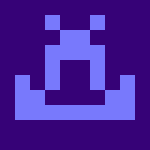 Massachusetts Gov. Charlie Baker has made it public knowledge that Massachusetts will be following in the footsteps of New York’s Governor in the banning of vapes. Not to be outdone by Governor Cuomo, Mr. Baker plans to ban not just flavored e-liquid products but all vaping products altogether. For a state with double-digit percentages of its adult population who are smokers, this may spell disaster.

In the past year, many states have acted on a variety of health-related policies, but this is by far the first to ban specific methods of smoking and vaping. This is especially ironic given New York’s position on smoking bans, as they passed a law to ban e-cigarettes last year and this is a state that is not particularly friendly toward the vape industry and its many manufacturers.‏

Statistics On Smoking Rates In Massachusetts

In 2017, 13.7% of Massachusetts adults were current smokers, a historic low. 7.4% of adults, ages 18-24 smoke. According to Mass.gov’s website. While those numbers are lower than in years past. We may never know how much of that decrease in rate is attributed to vaping. While cigarettes remain on the market, vapes will not.

Public health advocates continue to speak out about vaping. While lumping electronic cigarettes in the same bracket as THC cartridges. The recent deaths of several vapers have led to accusations against the industry. While countries like the United Kingdom continue to endorse it. Advocates plan to keep their fight until the end. With Massachusetts set to ban all vape products the fight may be intensifying

The Vape Flavor Ban Is About Tax Revenue Not Health Concerns